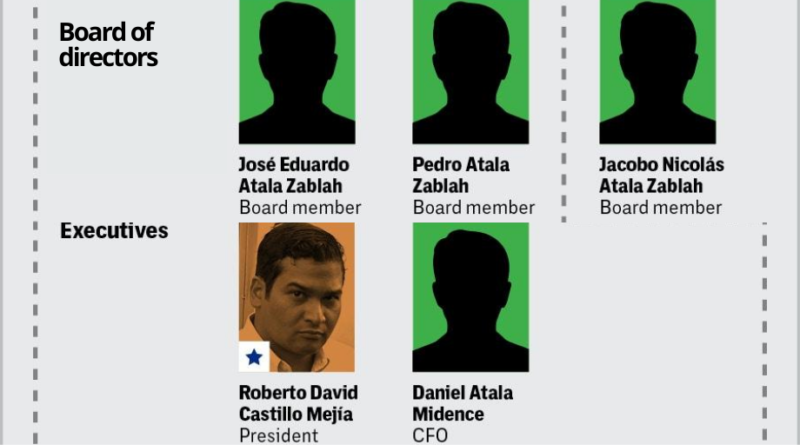 Honduran justice as a rule should have judged David Castillo for his involvement as co-author in the murder of Berta Cáceres before March 2, 2020. However, almost two and a half years after the beginning of the process and four and a half years after the crime, there has been no oral trial for the person who is the link between the assassination group and those who made the decision.

The preliminary hearing, which determines if the case will move onto the oral trial stage, was suspended four times due to the dilatory practices of Castillo’s defense. The hearing concluded last Friday, August 21. not without great concern from the victims due to serious irregularities.

Judge Carlos Irías, who presided over the last hearing, has three days to make his ruling and determine if and how the case will proceed to an oral and public trial.

The Supreme Court of Justice changed the judge in the case.

The judge was replaced by National Court Judge Carlos Irías Subsequently, the legal team denounced that the replacement was a violation of the legal principle of immediacy.

This type of maneuvering generates concern and suspicions about the reasons for the judge’s separation. COPINH has demanded that the motives of the separation be clarified. Moreover, COPINH demands to know if the judge was removed due to engaging in acts of corruption to benefit David Castillo, by exerting undue influence through delaying the judicial process and trying to bring about impunity in this case.

The current judge Carlos Irías León, acting arbitrarily, expelled the victims from the courtroom, violating their right to be part of the process, and at the same time, denied the possibility of publicly and transparently broadcasting a high impact process of public interest, as the judiciary itself has described [link to Copinh’s communiqué after the hearing].

Days before this preliminary hearing, the Mission of Qualified Observation of the Process of Seeking Justice in the Berta Cáceres Case, composed of organizations and experts in human rights and judicial processes, sent a letter to the president of the Supreme Court of Justice, as well as to the United Nations Office for Human Rights, requesting that a public hearing be guaranteed. However, it was ignored.

The right of victims’ participation, a public hearing and a transparent process, clearly arouses a lot of fear in the sectors of power involved in this crime. They want a rigged process that lacks truth, justice, or reparations.

Clearly the delays in the process have been used by those involved in the crime to exert undue influence in favor of David Castillo in an attempt to avoid a trial in which the truth will emerge.

The Atala family, who were responsible for the death of Berta Cáceres, are trying at all costs to prevent David Castillo from being sentenced, so that their direct link with his criminal actions and the truth of the planning of Berta Cáceres’ murder isn’t revealed. That is why they are trying to influence actors in an already corrupt justice system.

The evidence is overwhelming against David Castillo, Daniel Atala and the Atala Zablah.

Lawyer Juan Sánchez Cantillano, who was part of the accusations and criminalization against Berta Cáceres before her murder, sought with a speech that nobody believes, to question the evidence of David Castillo’s links with those who’ve already been convicted for the material authorship, as with Daniel Atala Midence, who made payments with the order of the Atala Zablah brothers, to pursue, attack, instrumentalize the state security forces and finally kill Berta in order to end the opposition to the Agua Zarca hydroelectric project.

However, his own communications speak for themselves and can be verifiedin the more than 30 volumes that exist in the files 388-2017 and 414-2018 for the murder of Berta Cáceres.

David Castillo should be brought to oral and public trial and sentenced as co-author of the murder of Berta Cáceres. The judiciary has the duty to carryout and uphold  in an oral trial, with all the guarantees of the law, the standards that the cause and  all the people demand in favor of truth and integral justice.