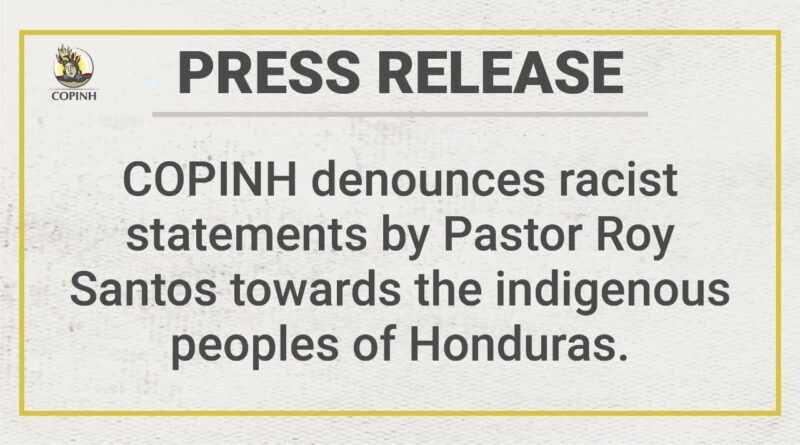 Last Thursday afternoon, March 24, on the program “Doble Vía” broadcast on the Radio América network, directed by journalist Rodolfo Colindres, evangelical pastor Roy Santos was a guest on the program; he referred in a derogatory, discriminatory and racist manner to the indigenous peoples of Honduras and specifically to COPINH.

In his participation in the radio program he expressed that: “(…) President Xiomara Castro who visits the Catholic temple and after praying to God there in the Catholic temple, arrives at the national stadium does not allow prayer to God, but allows the satanic shamans of the indigenous people to be there doing their rituals and give her an occult staff, there what she delivered was her government and her family into the hands of the evil one.” (See Here)

“With the ancestral strength of Berta, Lempira, Mota, Iselaca and Etempica rise our voices full of life, justice, freedom, dignity and peace!”