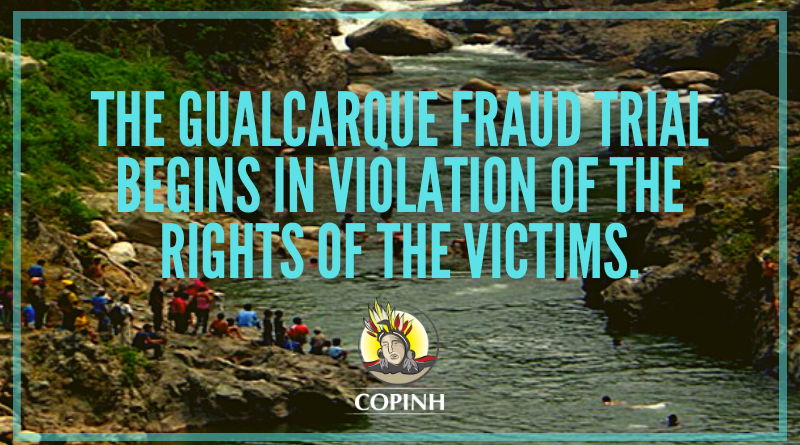 Before the beginning of the oral and public trial of the case called “Fraude Sobre el Gualcarque” COPINH (Civic Council of Popular and Indigenous Organizations of Honduras) shares the following:

“With the ancestral strength of Berta, Lempira, Mota, Iselaca and Etempica, our voices are raised full of life, justice, freedom, dignity and peace”