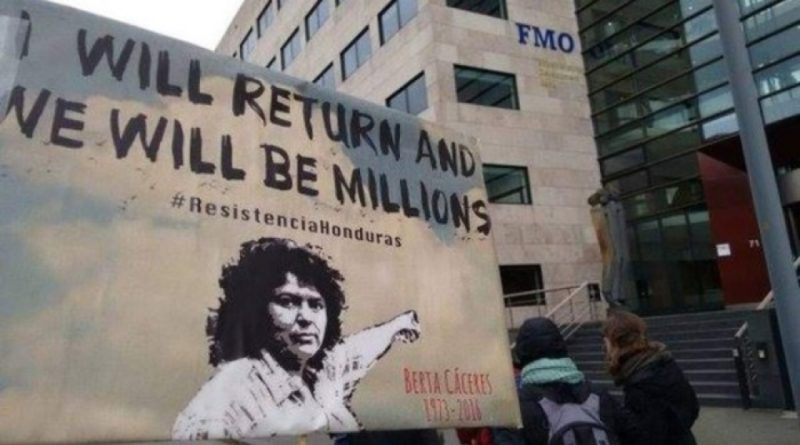 FICOHSA is responsible for violence that led to the crime against Berta Cáceres.

Position of Civic Council of Popular and Indigenous Organizations of Honduras COPINH on the news of the that Dutch bank FMO will not be granting a new loan from the to FICOHSA bank in Honduras due to claims of involvement in acts of corruption as well as serious violations of Human Rights.

“With the ancestral strength of Berta, Lempira, Mota, Iselaca and Etempica, we rise our voices full of life, justice, freedom, dignity and peace “.