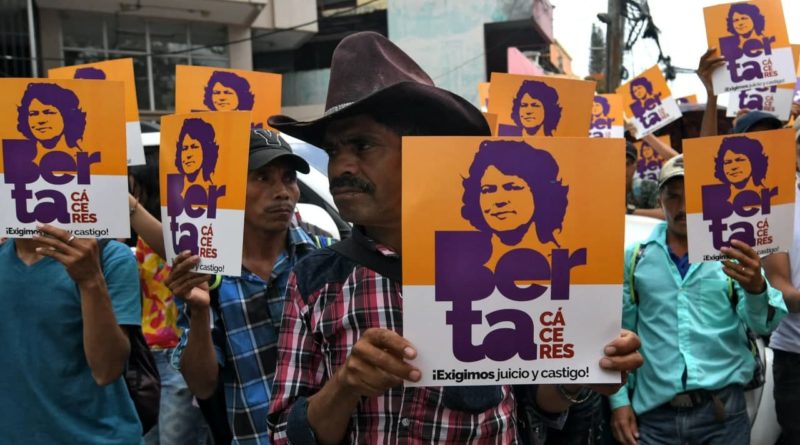 The Dutch development bank FMO will not grant a loan to the Ficohsa bank from Honduras after all.

According to a spokesperson for FMO, negotiations on the $60 million loan have been discontinued.

This marks a remarkable turn in an extremely sensitive dossier for the Hague-based development bank. FMO has been doing business with Ficohsa for many years and was, at least until recently, also a shareholder. Former FMO board member Nico Pijl has been a supervisory director at Ficohsa since 2014.

The decision follows a long history of criticism by Dutch and Honduran environmental and human rights organizations of the ties between FMO and Ficohsa. When FMO announced its intention to make a new loan a year ago, they formally objected. Now they are reacting with delight:

“It’s good news that FMO is not providing the loan, and we look forward to hearing more about the bank’s rationale,” says Luis Scungio, research consultant at research organization Somo.

FMO does not want to answer the question of whether there is a link between the criticism and the halt of the negotiations. Honduran bank Ficohsa says in a response to FD that no agreement with FMO on the loan terms was possible, attributing that to “changed market conditions” since last summer. A year ago, the application was running smoothly, but the whole process has suffered a ‘damaging delay’ due to the organizations’ allegations, is Ficohsa’s reading. The bank calls the allegations false and defamatory and is considering legal action.

A series of non-governmental organizations (NGOs) sent FMO a letter almost a year ago urging it not to grant the proposed loan. According to the NGOs, Ficohsa would only serve the interests of the rich and powerful elite in the developing country.

The most piquant accusation is that, according to the NGOs, Ficohsa was involved in financing DESA, a Honduran company that wanted to build a hydroelectric plant that was also financed by FMO. During the local people’s opposition to the construction of that power plant, the prominent activist Berta Cáceres was murdered in 2016. This caused a storm of international criticism of the human rights situation in the Central American country. When it became clear that DESA employees were involved in the murder, FMO withdrew from the Agua Zarca project.

The NGOs claim to have evidence of Ficohsa’s financial involvement with DESA. This would appear from message traffic between DESA executives, originating from telephones confiscated by the Honduran police. That message traffic came to light during the trial of the suspects in the murder of activist Cáceres.

Ficohsa strongly denies having anything to do with DESA financing. In a reaction, the bank states that FMO itself has also found no evidence that Ficohsa was involved in improper practices. This was also the thrust of a letter FMO sent to the NGOs in October last year.

FMO has been in the news more often because of the companies it lends money to. For example, a report by human rights organization Human Rights Watch revealed that working conditions at an FMO-funded palm oil plantation in the Democratic Republic of Congo were severely substandard. The bank, 51% owned by the state, finances projects where commercial banks stay away. These projects are intended to improve the economy and living conditions in developing countries.