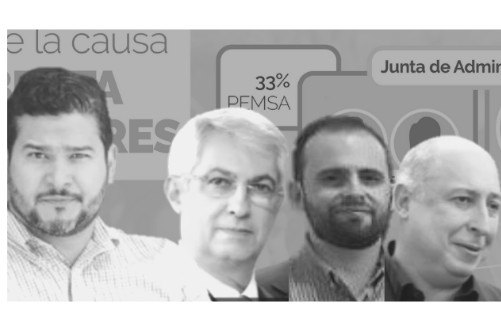 The defense of David Castillo, conducted by Juan Sanchez Cantillano and Ritza Antunes, representatives of the interests of the Atala Zablah family, have consummated a delaying maneuver with the objective of releasing David Castillo due to the expiration of his pretrial detention. Ritza Antunes represented Army Major Mariano Díaz, who was convicted of the murder of Berta Cáceres.

David Castillo was captured on March 2, 2018. On September 2, the extended term of the pretrial detention of two and a half years expires. However, the trial against him has not taken place because of the delaying tactics of his defence and the permissiveness of the Honduran judiciary.

A clear example of this is that the preliminary hearing that should have been held on 4 April 2019 has not been concluded to date because of the bad faith manoeuvres of Castillo’s defence which have postponed it on three occasions. About a year and four months have passed due to this delay.

They want to hide Castillo’s relationship with the Atala family.

The eventual trial against David Castillo will demonstrate Castillo’s link as an employee of the Atala Zablah family and their responsibilities as determiners in the crime against Berta Cáceres. The intention of the defense is that there be no trial, that Castillo be released and that justice not reach the Atala family.

The scientific evidence, in the possession of the Public Prosecutor’s Office led by Óscar Chinchilla, is clear and conclusive to sentence Castillo for having been the link with the material authors of the crime of Berta Cáceres and Daniel Atala Midence, as one of the determinants of this crime.

Daniel Atala, under the supervision of his father and uncles, authorized payments to monitor, harass, criminalize, and prosecute Berta Cáceres for her opposition to the Agua Zarca hydroelectric project, actions that led to her murder. On Monday, May 4, a request for an indictment was presented to the Public Prosecutor’s Office against Daniel Atala, Financial Manager of the company DESA, for the crimes of murder and illicit association.

Daniel Atala authorized payments for the release of a paid hitman to murder Berta Cáceres.

The plan to assassinate Berta Cáceres was forged around October 2015. From that date on, the owners of the hydroelectric plant, the Atala family, determined the need to eliminate Berta Cáceres and COPINH in order to continue with the project.

A first attempt was to assassinate Berta Cáceres in the Río Blanco region using a hitman known as Olvin Mejia, who was captured in December 2015 for illegally carrying arms and the murder of a Río Blanco resident.

Thanks to the maneuvers of Daniel Atala and David Castillo, he was freed in only four days to continue with his mission of murdering Berta Cáceres.

This information is in the judicial and investigative file in the hands of the Chinchilla Public Prosecutor’s Office, however Daniel Atala Midence has not been prosecuted for this crime.