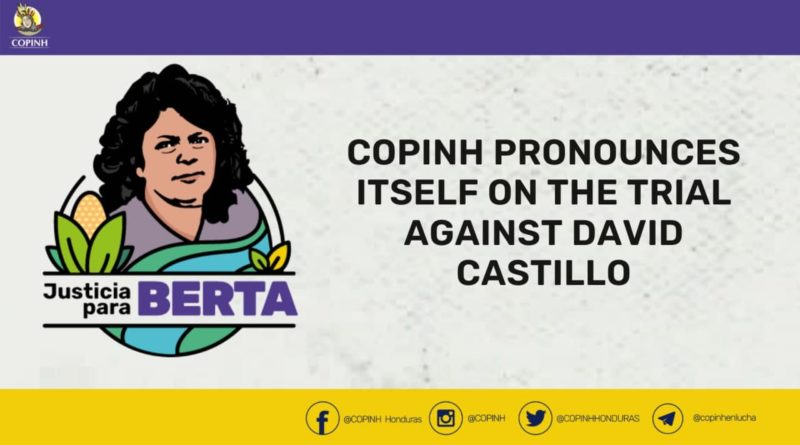 At onset of trial against David Castillo, accused of the murder of Berta Cáceres,the Civic Council of Popular and Indigenous Organizations of Honduras (COPINH), the Family of Berta Cáceres and their legal team, informs the national and international community of the following: