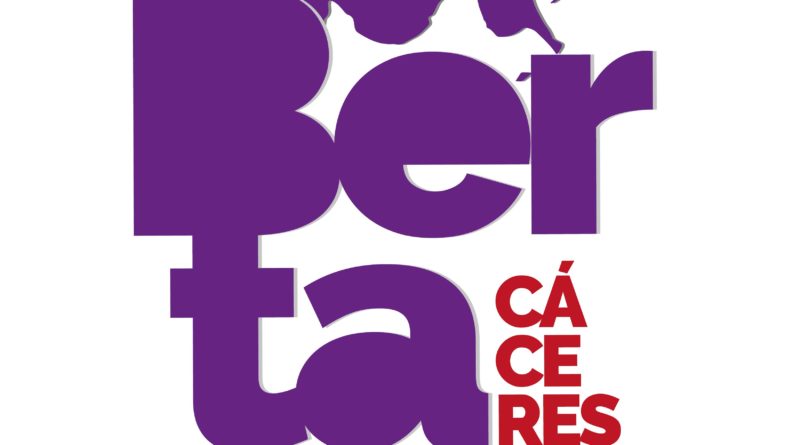 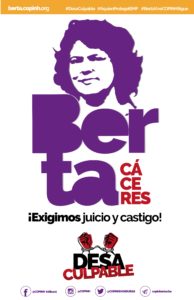 (ESPAÑOL)  Tegucigalpa, October 20th, 2018.- This Friday October 19th, after illegally convening the beginning of the first trial in the Berta Cáceres case, the First Circuit Criminal Court illegally separated the legal proceedings for the victims’ representatives.

Due to the impartial and arbitrary behavior by the court, an appeal was filed to maintain the motion for a judicial recusal. This action meant that convening the trial was illicit, and therefor the victims’ representatives did not show up to the hearing. Nonetheless, the court proceeded illegally, declaring that they had abandoned the proceedings and imposing the Attorney General’s office as the victims’ representative.

This fraudulent decision by the court left the case’s victims completely defensless, since for two and a half years the Attorney General has shown its inability and lack of will to act diligently in the legal proceedings, systematically violating the law and the victims’ rights to truth and justice.

The court’s actions are a retaliation for the complaints by the victims’ representatives, which unsettle the authorities due to the constant demand for independent and impartial proceedings. Likewise, their arbitrary decision clearly demonstrates the Honduran authorities’ committment to assure complete impunity for the criminal structure responsible for the systematic attacks on COPINH and the assassination of Berta Cáceres.

The illegal and illegitimate actions of the Criminal Court made up of Esther Carolina Flores, José Anaín Orellana, Delia Lizeth Villatoro and Jocelyn Marie Donaire will be denounced before the appropriate bodies as part of the struggle for justice and against impunity.

The victims and their legal representatives will continue demanding a trial that assures independence and impartiality, alongside indigenous peoples, the people of Honduras and the international community, to punish both the masterminds and the perpetrators of the assassination of Berta Cáceres.