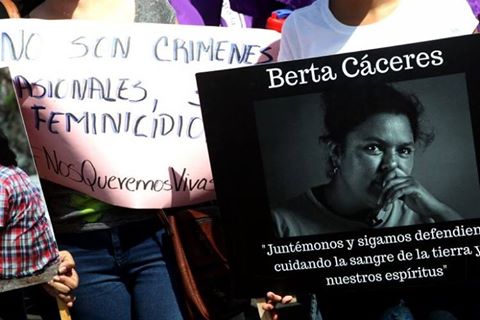 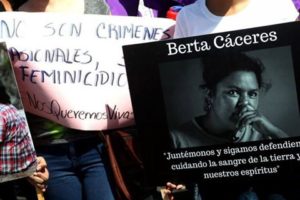 (ESPAÑOL)  Yesterday, August 31, the intention to call on 4 members of the Atala Zablah family to appear as witnesses in the trial against the first 8 men accused in the Berta Caceres case was made public. They are members of the Administrative Council of DESA (Desarrollos Energéticos SA de CV), which owns the Agua Zarca hydroelectric project.

Members of the Atala Zablah family have been proposed in the evidentiary hearing by the private prosecutors of the daughters and son of Berta and of COPINH. These prosecutors are made up of a team of lawyers from the Broad Movement for Dignity and Justice (MADJ) – Víctor Fernández, Omar Mejivar, Ariel Madrid y Rodil Vásquez.

Members of the Atala Zablah family have been proposed to appear as witnesses to speak about how the company dealt internally with the COPINH and Berta Caceres “problem” – which lead workers, managers and directors to take illicit actions that culminated in the murder of leader Berta Caceres and the attempted murder of Gustavo Castro on the disastrous night of March 2, 2016.

The evidentiary hearing began on Friday, August 31 after multiple delays and suspensions due to the fact that the Honduran Public Prosecutor’s Office failed to hand over information, leading to obstruction to access to information. At the hearing, our legal team petitioned the court to allow the coordinator of COPINH and one of the daughters, Bertha Zúniga, speak about the fact that the conditions for the evidentiary hearing (and the trial in just 10 days) to move forward do not exist given the irregularities that have been denounced in recent weeks.

Given this development, we call on the diplomatic community, and civil society and human rights organizations in Honduras for support and to be an ongoing presence during these critical moments when the criminal operation that took the life of Berta is unmasked.

The international community, and accompaniment organizations like PBI, UNHCHR, Peace Watch, and others, as well as the diplomatic community, including European and US embassies, have come to some of the hearings, but during these moments, we call on them to maintain their presence during the entirety of the hearing and the process.

Today, more than ever, COPINH, the family and the lawyers need solidarity and support to face a new phase in the search for integral justice which has unleashed a new campaign of criminalization targeted at our organization.

NOTE: The hearing will continue Saturday, September 1 at 8am in “Sala I” of the Trial Court of the Supreme Court of Justice in Tegucigalpa.